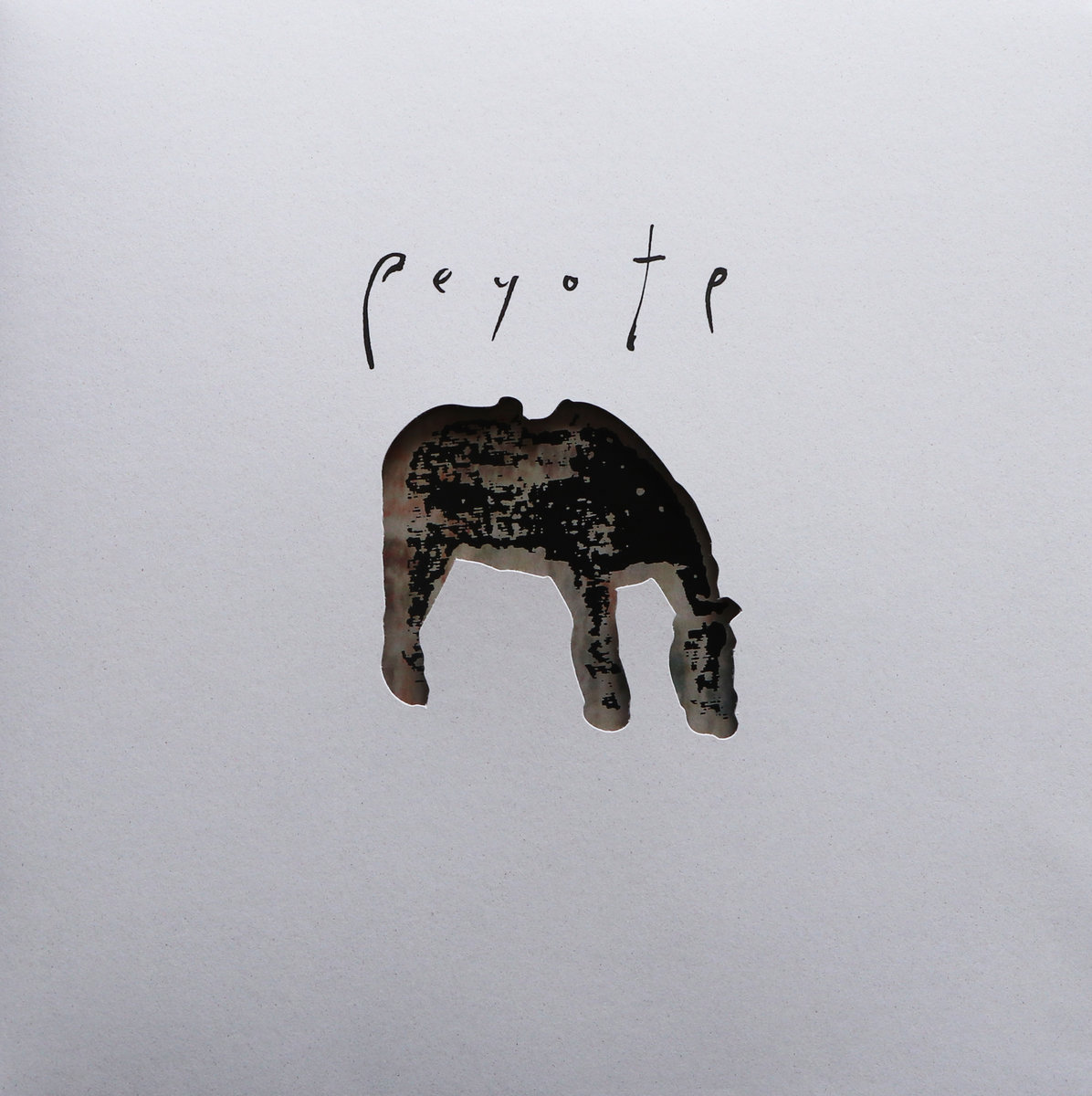 One of the all-time fantastic masterpieces of  tribal ambient, an absolute must-own for any fan of the genre. Peyote is a musical trip well worth taking.
Originally released in 1991 on cd and now released on vinyl for the first time.

O Yuki Conjugate (OYC) are an English post-industrial/ambient musical group founded in 1982 in Nottingham by Roger Horberry and Andrew Hulme and still – intermittently – active today. Originally inspired by the spirit and sound of post-punk, they soon started pioneering their own brand of ambient at a time (early 80s) when few people were interested in such a low-key approach. Their music has been variously described as ‘ambient’, ‘fourth world’, ‘ethnic’, ‘tribal’ and ‘dark wave’; the band prefer to call it ‘dirty ambient’.

“Ambient, pagan, tribal scenes of sitting in a sweatlodge come to mind. The perfect trance inducing music to listen to…” – INDUSTRIALNATION

“Hot on the heels of the re-issue of ‘Into Dark Water’ (see Vital Weekly 1221), there is now ‘Peyote’, originally released in 1991 by the Swedish Multimood label. Back in the day, I think, I missed the original release, but a little later on I worked for a record company that helped Multimood out pressing more copies of this. That is not to say that we played this all day, or for that matter, there was anything that was on constant rotation. But hearing it back then and already familiar with their earlier work, made me realize that somehow, somewhere O Yuki Conjugate had drifted off into something that was even more rhythmic than before and perhaps ventured

further into something that is mislabelled as ‘exotic’ or ‘fourth world music and even ‘tribal’. Also, the use of voices is something that seemed new to me. In 1991 it was too early to speak about what we call ambient house, although the first signs where already there (‘The KLF’s ‘Chill Out’ released a year before). The group, still in their four-person line-up of C. Eliott, T. Horberry and still mainstays (in 2020) R. Horberry and A. Hulme. The cover lists a bunch of instruments, starting with the percussion first; “tongue drums, roto drums, bongos, congas, big bean found percussion, drum machine, wind chimes, loops, frying pan, samples, keyboard, fractal, e-bow, flutes, chants, radio and wildlife”, which, I guess, says something about the importance of rhythm on this record. However much rhythm is used, there is a dreamy, ambient atmosphere here. Take for instance ‘Dusk, Dead Heart’, opening with a flute, wildlife sounds and percussion and you can easily imagine being in some sort
jungle/rain forest setting. What can also be noticed is that the production is top-notch here, with much care for the detailed sound. Maybe the older stuff had a fine grittiness to the music, but it is here all crisp and clear. If you remember my previous praise for this band, it won’t be a shock if I say that I think this is a masterpiece. The big question is; next up for re-issue is ‘Equator’, the landmark release at the height of ambient house music and who will release that one?” Vital Weekly
“First time vinyl press of the third album from Nottingham’s ambient-spirtualist godheads, presented beautifully in a die-cut sleeve care of B.F.E. It’s for good reason we’ve spent a great deal of time championing the previous reissues in the O Yuki Conjugate catalogue, and Peyote provides another opportunity to reassess the legacy of one of the great overlooked acts of British post-punk/industrial. Peyote is perhaps best considered in the context of its predecessor Into Dark Water, a record that first displayed OYG’s affinity with the Ambient series. It’s particularly the influence of Hassell and Laaraj that shines brightest here, set deep within polyrhythmic layers and shifting ethereal drones that are a little more muscular than on IDW but nonetheless deeply transportative. Transmissions from the fourth world yes, but there’s a skeleton propping Peyote up that’s pure northern steel, clearly positioning O Yuki Conjugate within the post-industrial continuum and consequently suggests them as at least equals of Coil, C93 et al. They might not be quite so iconoclastic (nor as fashionable), but across their first three albums they created a language and aesthetic that remains compellingly (perhaps peerlessly) immersive and – dare i say it? – otherworldly. Now the outside no longer exists, this is the perfect inner escape.” World of echo music 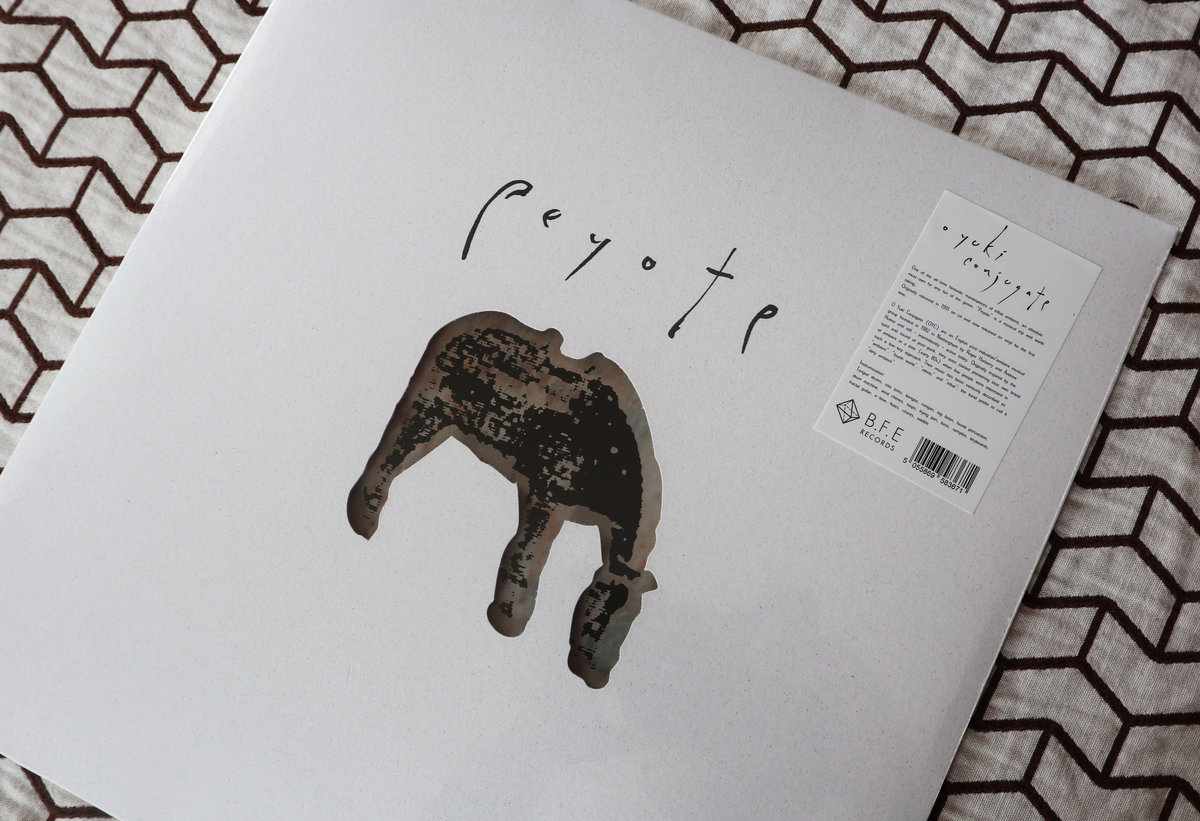 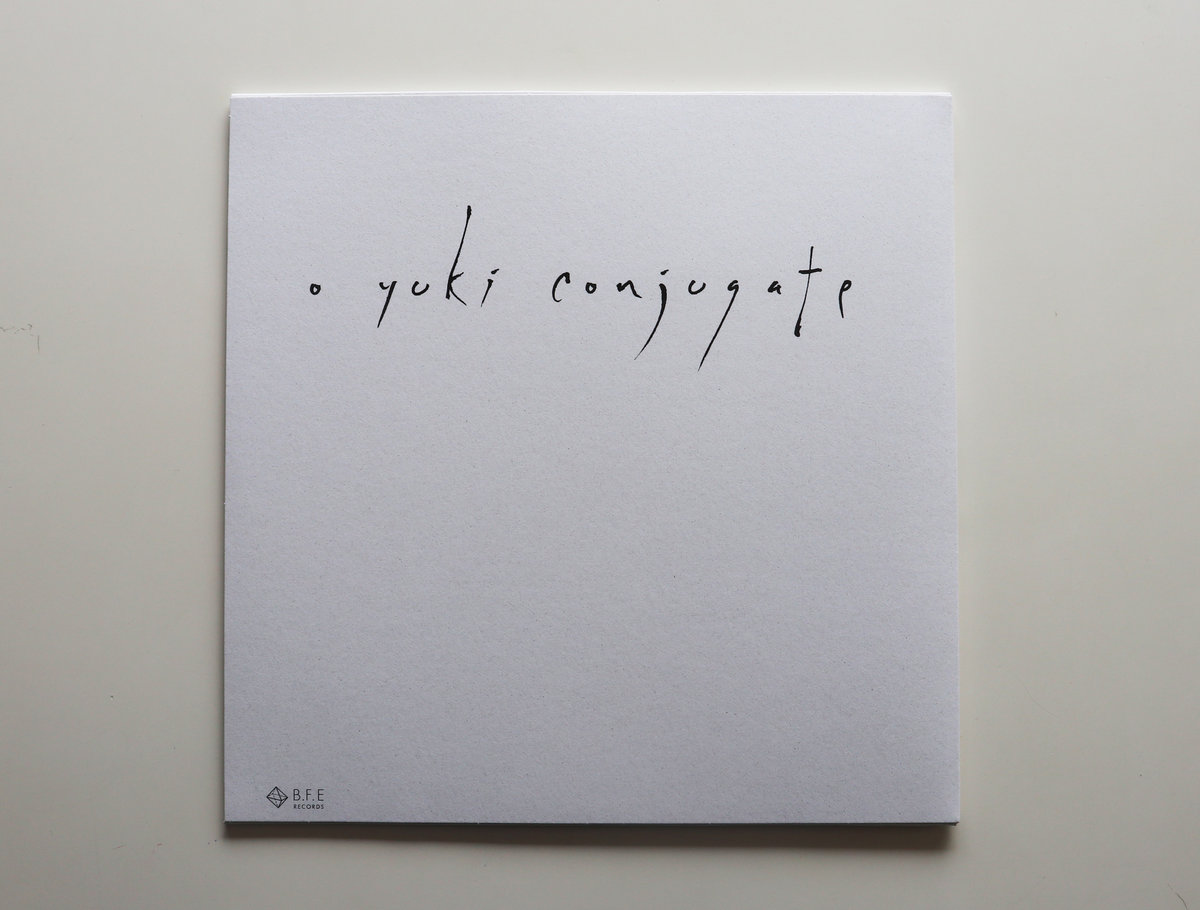 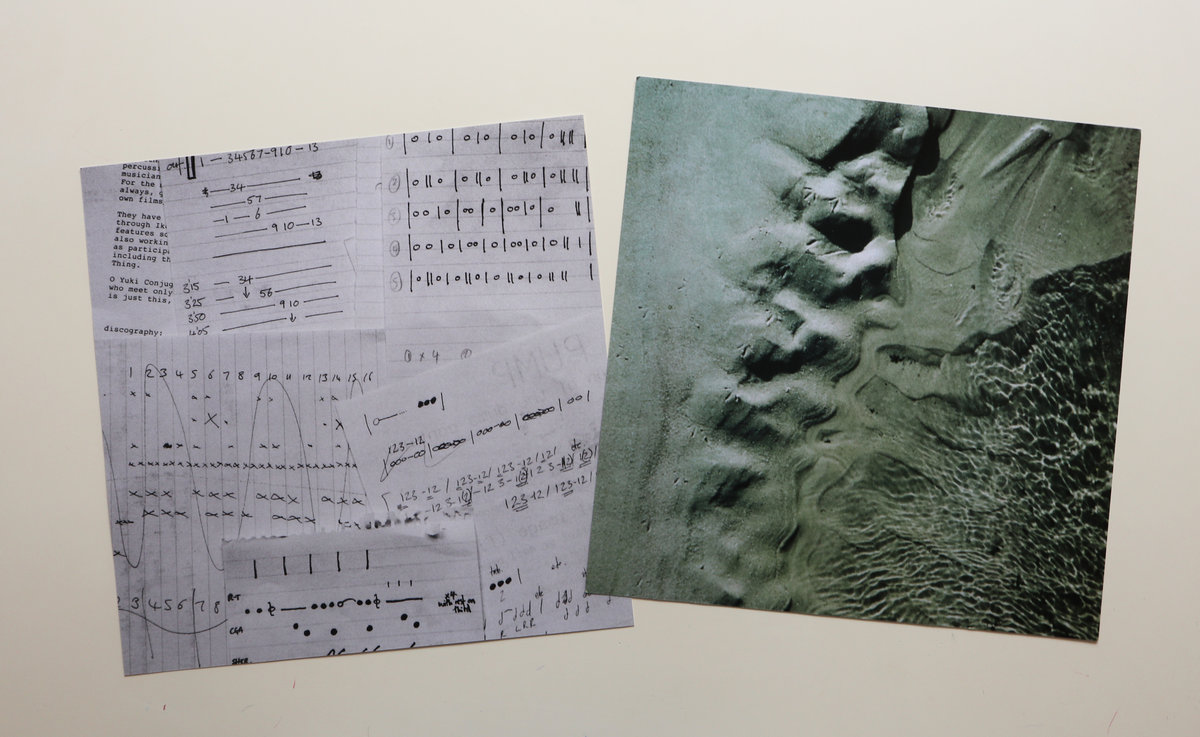 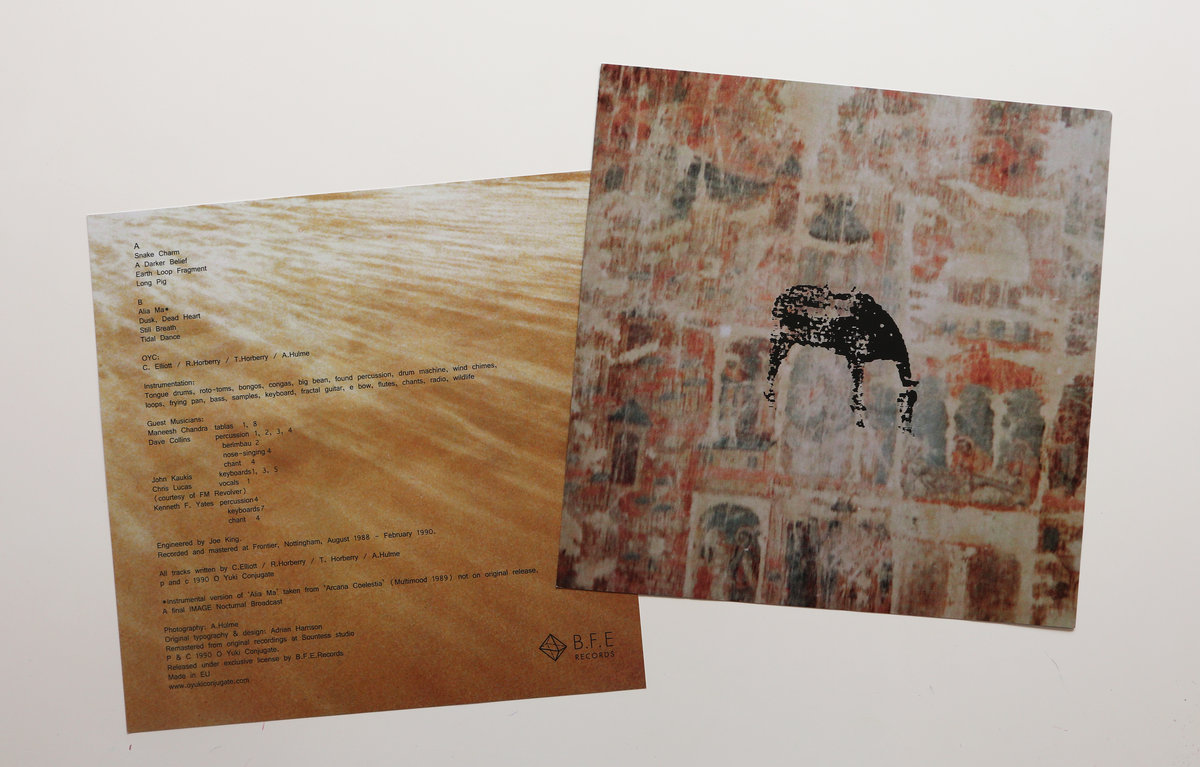 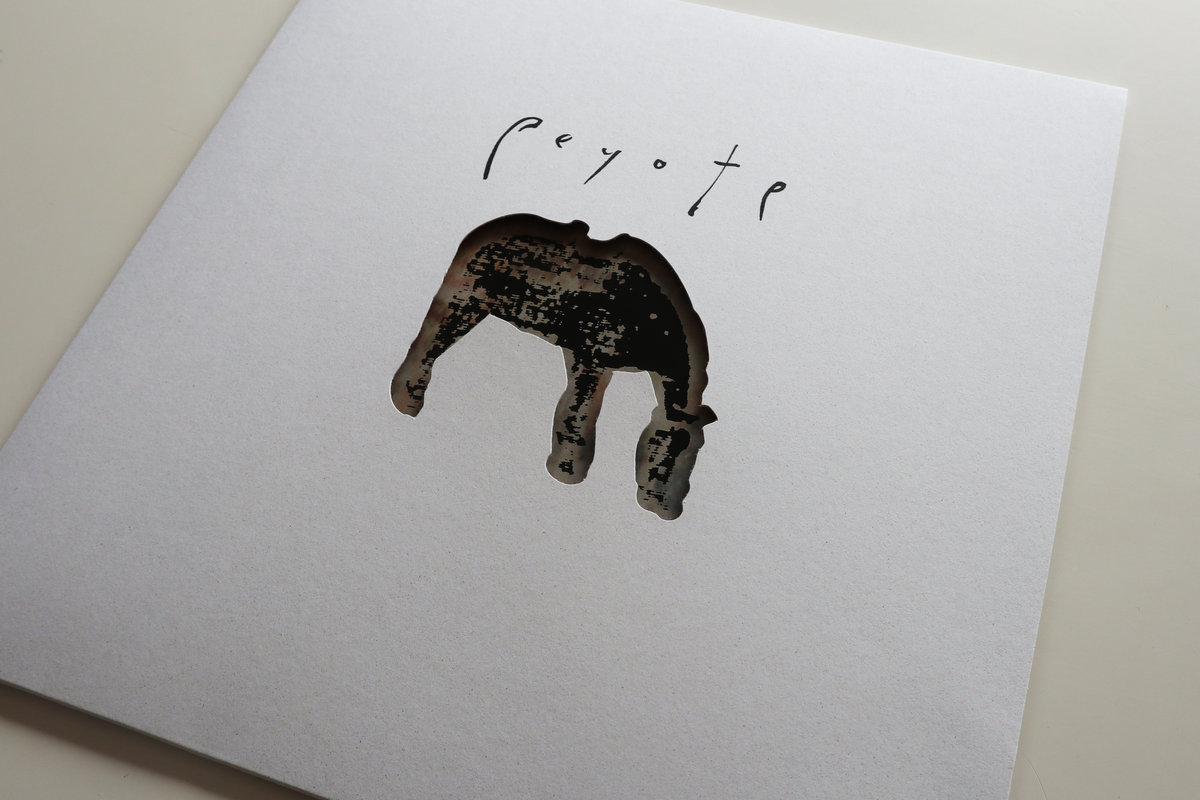