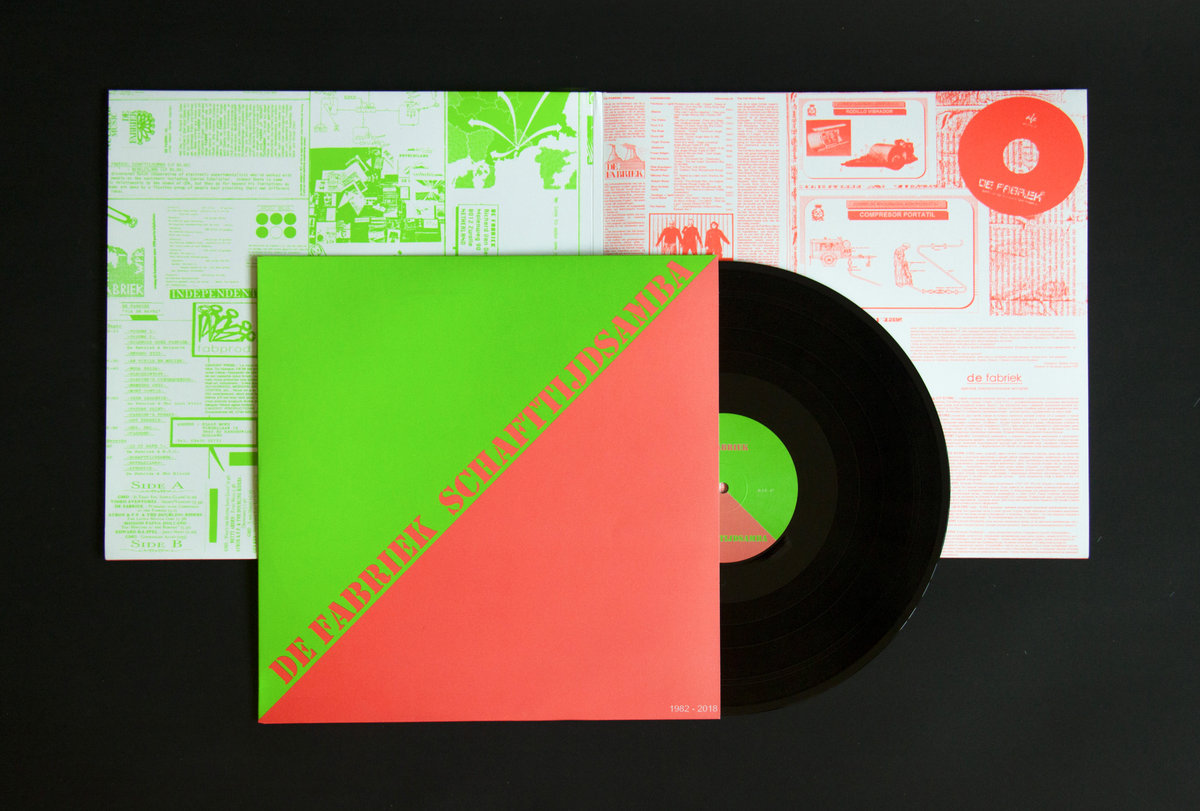 “B. F. E. Records (Minimal Man, Glorious Din) reissue this 1982 LP from Dutch experimentalists De Fabriek. Schafttijdsamba is a varied listen. On tracks like ‘Future Discoverer’ the group fit relatively easily into the minimal synth boom of the time, though admittedly with a more abstracted take on things. However, elsewhere the group’s minimalist groove tracks like ‘Barbara’ touch on The Pop Group and 23 Skidoo, and ‘Indudent Babylon’ is pretty much music concrete. Intriguing” Norman records

“The re-issue of De Fabriek’s very first album ‘Schafttijdsamba’ (which could roughly mean ‘lunch time samba’), which was released by the band in 1982. I checked an old diary and learned I bought a copy on October 10, 1983, and while buying records and cassettes quite regularly that LP was heavily in rotation. Maybe also because I was corresponding with the band at that point, so it was close to home. De Fabriek started in 1977 and released a few cassettes before this LP, but here truly blossom their early sound. Later on they became a much more industrial force, under the influence of Esplendor Geometrico. In recent years the band returned, even can be found online, which made them the last band on earth to connect to the digital world. I have been reviewing some of their recent work and I must have written before that I have not much idea how they operate. Not now, not then. I think it always was a matter of getting sounds dropped in, from various sources, on cassettes in the old days, and then some people doing a sound collage out of that. In 1980 members were Richard van Dellen (who is still at the controls), Heinz Bönig,Andries D. Eker (later Soft Joke Productions), Henry Mouwer, Louis Schreur and Nico Selen (later from O.R.D.U.C.). He does the vocals on ‘Es Lebe Die Freiheit’, I think. This re-issue lacks two pieces from the original (it is also a slightly different order of songs, which was a bit confusing for
me obviously). The original was perhaps quite long at over twenty-five minutes per side and it may have shown in the pressing. That is perhaps a pity for those who want to get of their original record? The missing songs are on the bandcamp page of the label, for true completists. This first LP by De Fabriek shows their various playful sides of trumpet piece, such as ‘Barbara’ and ‘African Disco’, with a slow rhythm machine and delay pedal with someone blowing a trumpet on top; the political ‘Es Lebe Die Freiheit’ and other more radical tape-experiments. But perhaps radical is a word that means extreme and that is not the case. It is not noise, but rather fine, naive spacious doodling, minimal synth and other homegrown experiments. There are perhaps too many re-issues these days, but this is a most welcome one, even for someone who still has the original and plays it every now and then. (Frans de Waard – Vital Weekly) 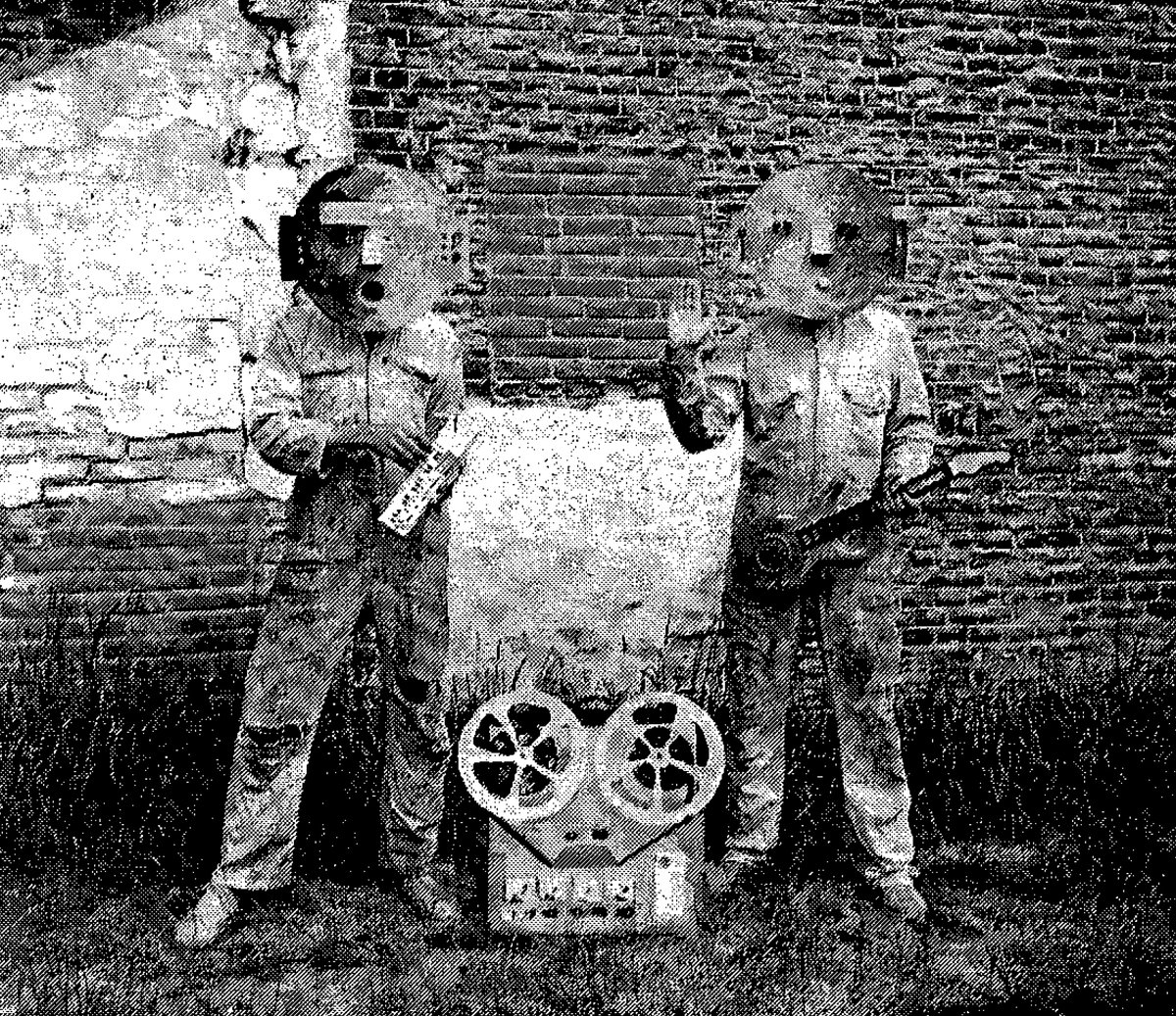 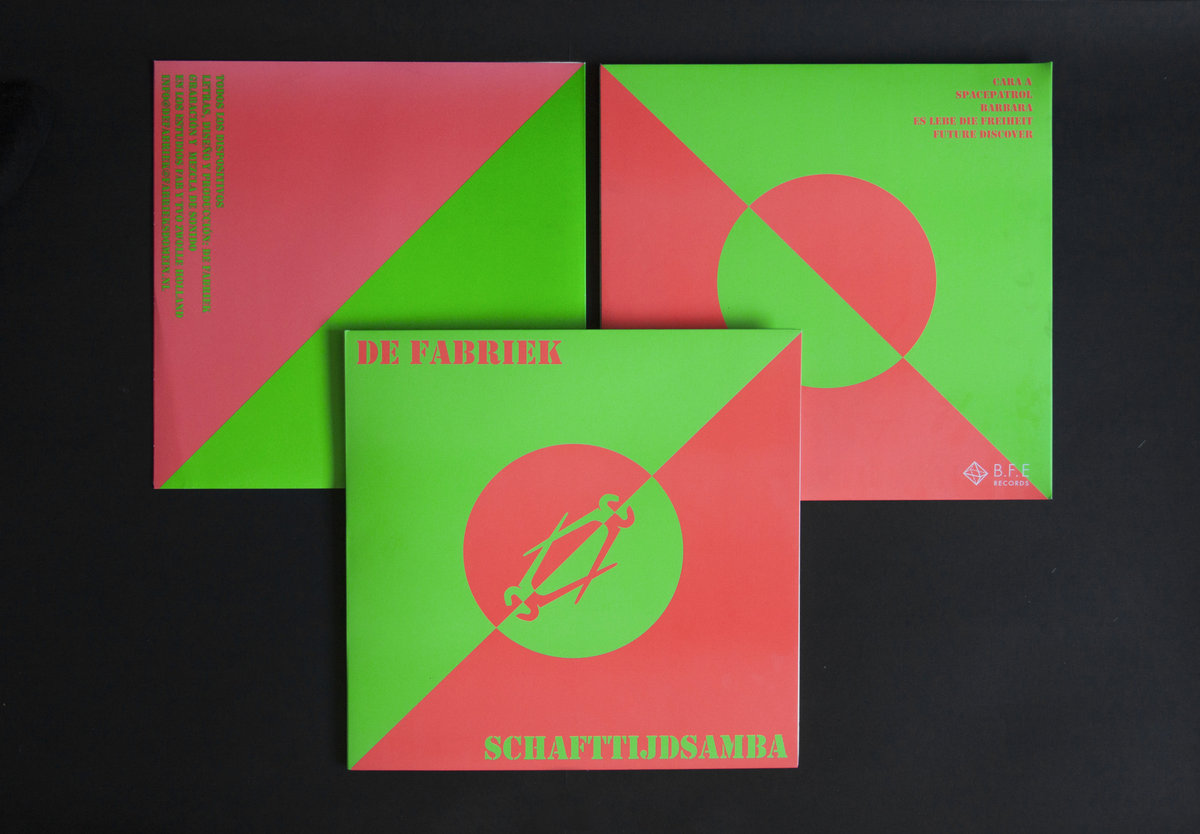