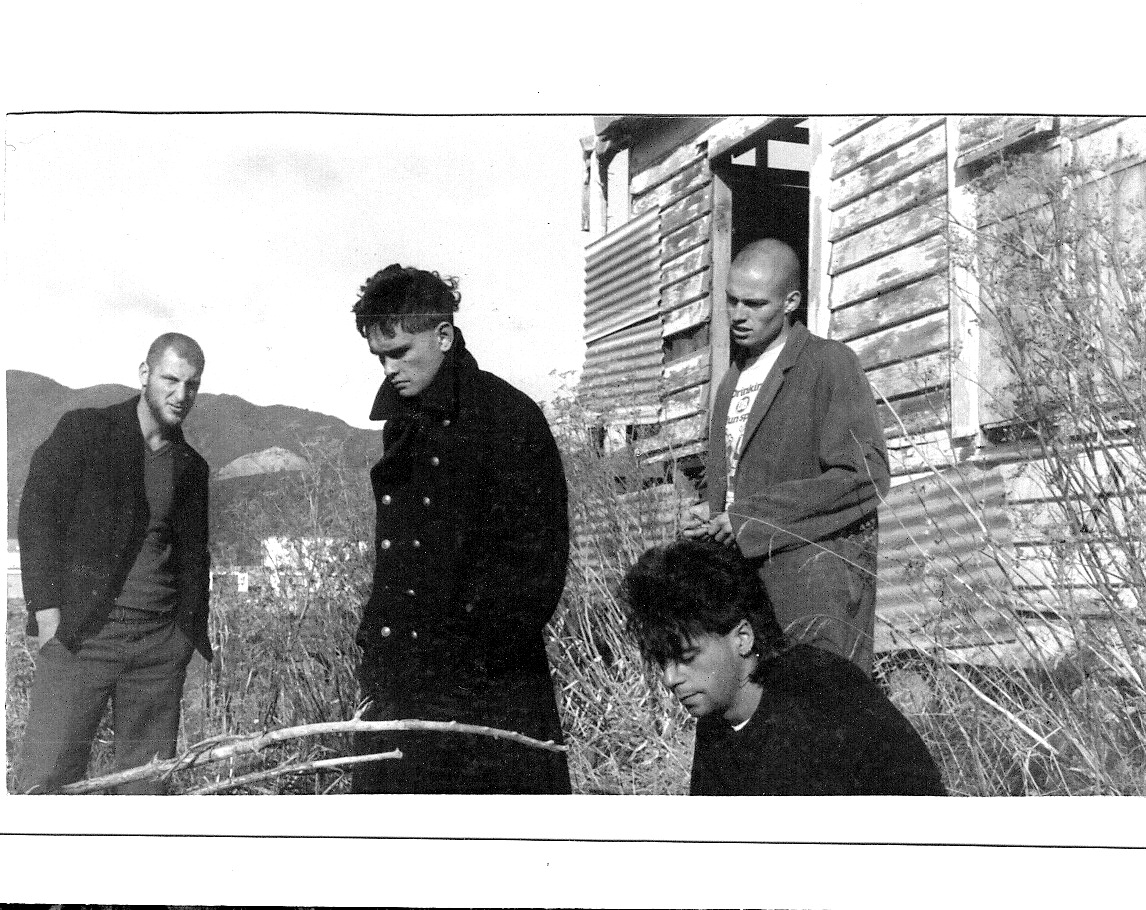 “There’s little to be found about Vietnam, yet another extremely difficult band name to Google, but I do know that they existed for a short period of time as part of New Zealand’s post-punk movement and released this record in 1985 on Jayrem Records, a catch-all label for local artists.

There’s the pre-requisite Joy Division influence present in the vocals (fans of De Press, The Opposition, Stranger to Stranger, and Dropopop should enjoy this one especially) but the music jumps from moody post-punk and flirts occasionally with jangle-pop progressions and dreamy, Cure-esque melodies…”

Expected to be out late January. Edition of 250 copies!! You can pre-order now.

The artwork is not 100% definitive.. the idea is to print in red or grey paperboard

I got a couple of boxes from GERMAN ARMY and GATTOPARDO Lps so they are back in stock! few copies left anyway!

German Army incorporates the memories of the vintage recordings of Cabaret Voltaire, Dark Day, Hafler Trio, and Kaa Antílope, albeit with a stylized, unique european manner of understanding the genre.
They have scattered a number of recordings on tape, and a couple of LPs were edited last year. Magazines like Wire or Decoder have set eyes on them without having even played live as of yet
Such a prolific venture, as dictated by the 80s cassette subculture canons of electronic music, does not equate, in their case, to dispersion. German Armyalways puts every effort to render a kind of sound that veers from noise in order to synthesize a synaptic symphony, gushy and cold, full of barbed-wire fences and vanishing borders.
Their sound, akin to Cabaret Voltaire, does not constitute a mere copy of these, but treats paranoia as a primordial sonic expression, and sound as a virus that spreads across the spoken word setting mechanisms that have remained hidden in the listener.
They are not an ambient band, but the deep mark of Zoviet France and Nocturnal Emissions makes itself evident in the way they shaped the volt anatomy against a sky full of threatingly watching drones.

“Brazilian band Gattopardo´s debut album feature a sound that looks sweet, tense and haggard at equal parts, echoing the soul of Rikk Agnew during his tenure at Christian Death or Musta Paraati. This yields a motley assortment of damaged songs without sharp edges that would collapse when rub against the urban landscape of Sao Paulo, Brazil.

No-bullshit post-punk is their thing, as if The Cure of the Seventeen secondsalbum were stabbed to death by Part 1, A Touch of Histeria and other millitants that opted for the most nihilist option of anarchopunk. Even the use of portuguese does not undermine its urban character.

Understandibly, there is nothing the Amazon rainforest could do to counter the concrete jungle.” Elvis Von Doom