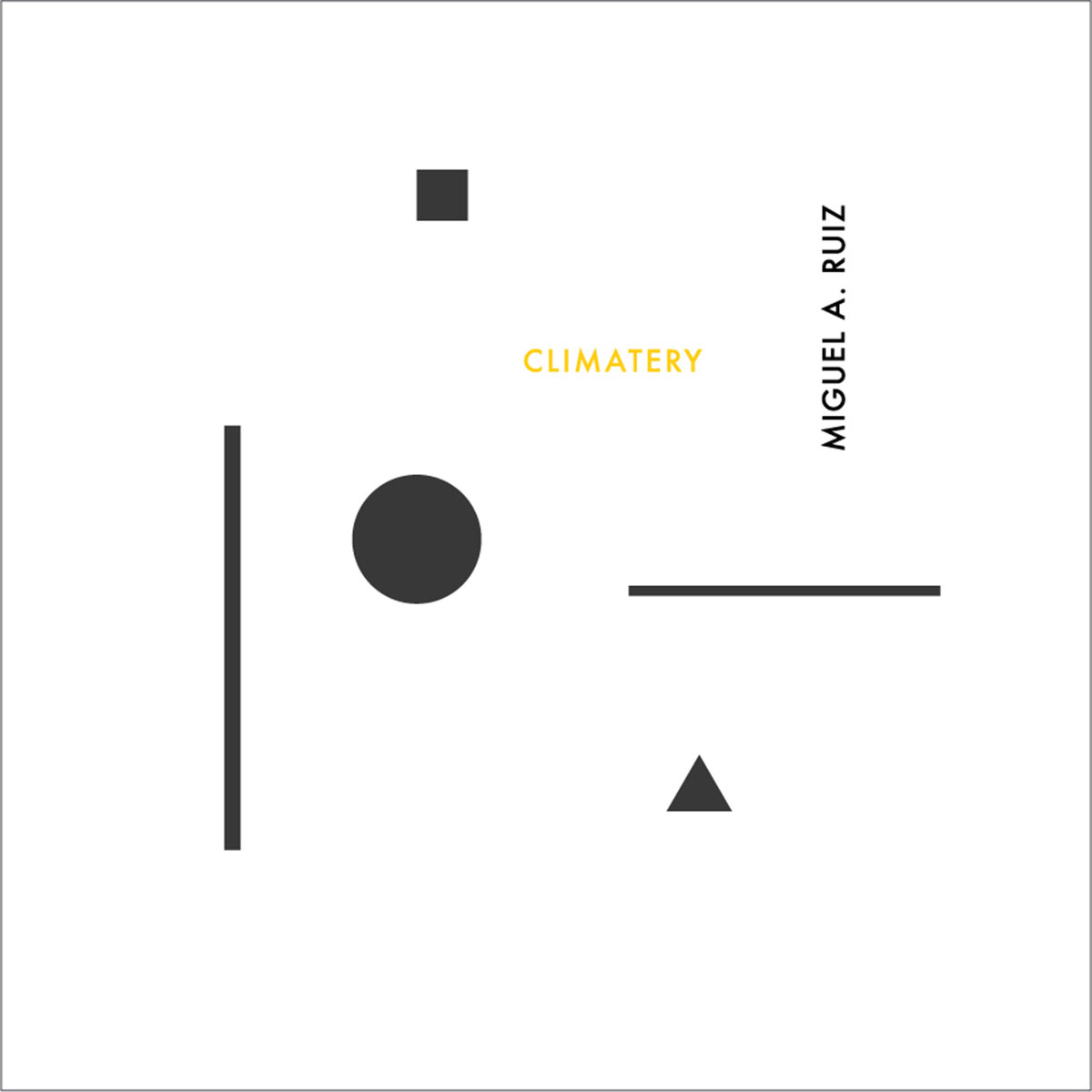 Entering the world of Ruiz is a wonder to the senses and can be found in each of the projects authentic masterpieces of electronics experimental music. “Climatery” was originally recorded in the summer of 1986 and was published by the Madrid label Proceso Uvegraf and later again by Esplendor´s Geométrico label (EGK 017). Industrial ethnic music like Muslimgauze, O Yuki Conjugate, some Cabaret Voltaire, the avantgarde world rythms of John Hassell, mantric loops and futuristic soundtraks.
“Six long environmental themes with ethnic and exotic touches,within a repetitive minimalism and layers of Korg Polysix synthesizer, combined with loops created with incipient sampler, tribal rhythms, leathery and dragged mix with an amazing ease with the first Techno, in addition to adding traces of Industrial music. To the mix we only need to add the connective tissue of experimentation and the avant-garde, which make each theme acquire its own distinctive body”
La muerta tenía un blog

“Climatery is undoubtedly one of the most inspired works recorded by Miguel A.Ruiz during the first years of his long career and under his given name, as he also published as Orfeón Gagarin, Ventral Metaphor, Funeral Souvenir, etc. It was originally released on cassette on the Proceso Uvegraf label in 1986, and a year later it was reissued by EGK, the Esplendor Geométrico label, in the same format. Climatery shows a facet of Ruiz away from Industrial music and rough experimentation, closer to the electronics usually labeled as “ambient”, creating suggestive atmospheres where it incorporates sonorities of ethnic and tribal music to the sounds of synthesizer (Korg Polysix especially). A sound trip through exotic landscapes, based on various repetitive rhythmic structures and loops.
Miguel A. Ruiz is a pioneer of underground Hispanic electronics and one of its survivors. He is currently very active, even keeping his old label Toracic Tapes, which was a benchmark from Batán (Madrid) within the international network of electronic music cassette stamps, usually based on the exchange, and which reached its maximum splendor during the eighties.”
Andrés Noarbe Rotor Discos

“As much as Orfeon Gagarin, as with his real name or with his different aliases, Miguel A. Ruiz knows  to generate an unprecedented emotional tension given the great variety of records that they differentiated each work from the previous one. And there’s no better example of what I say that, precisely “Climatery”, a work in which he demonstrated as nobody his “savoir faire” at the time of experiment in very different sound environments without departing from their preferred tools: synthesizers and samplers. What Ruiz achieves with “Climatery” is to immerse the listener into sound universes of clear ethnic influence, rhythms tribals (themes like Climatery or Blac Lieu) and environments I would almost dare to say of “world music” (Entropic) or even of folk in tiny touches in different themes, all this spiced up with synths as glorious as the Korg Polysix. In those years I was very eager to new sound sensations and “Climatery” was, without a doubt, one of the works that I was most able to satisfy fauces teens in that sense.” Josep Stahlfabrik Blog 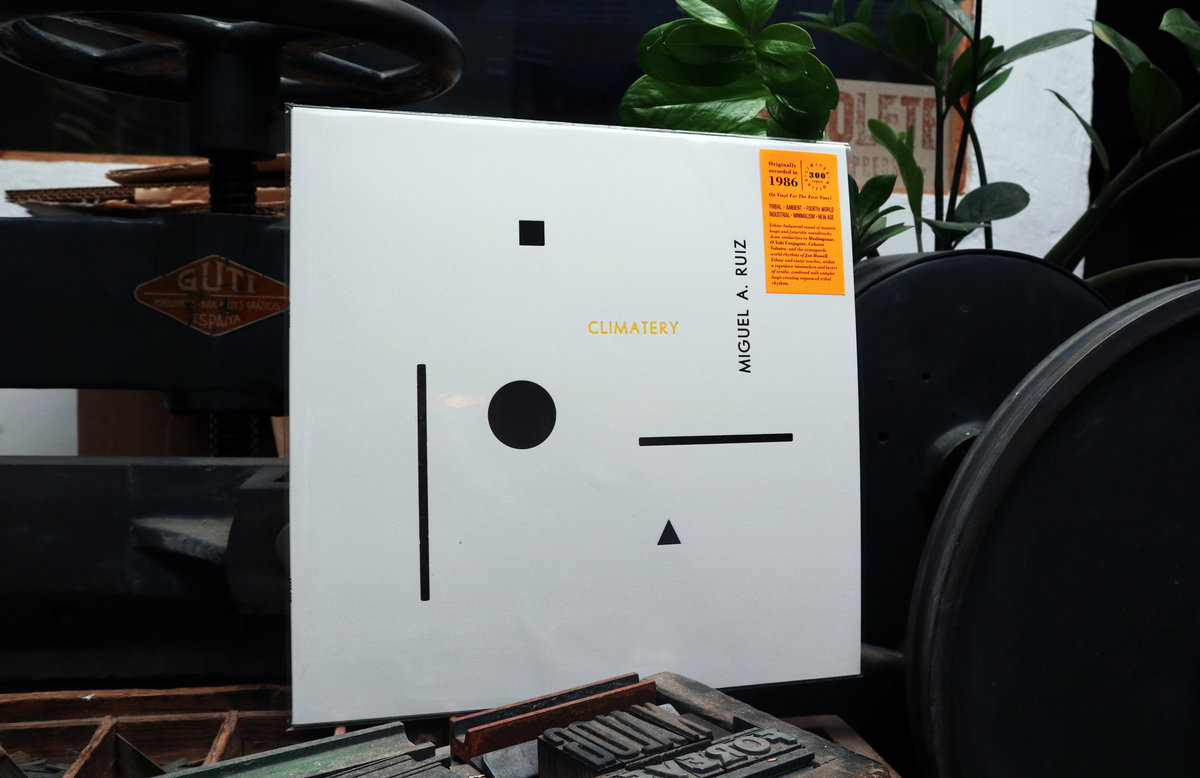 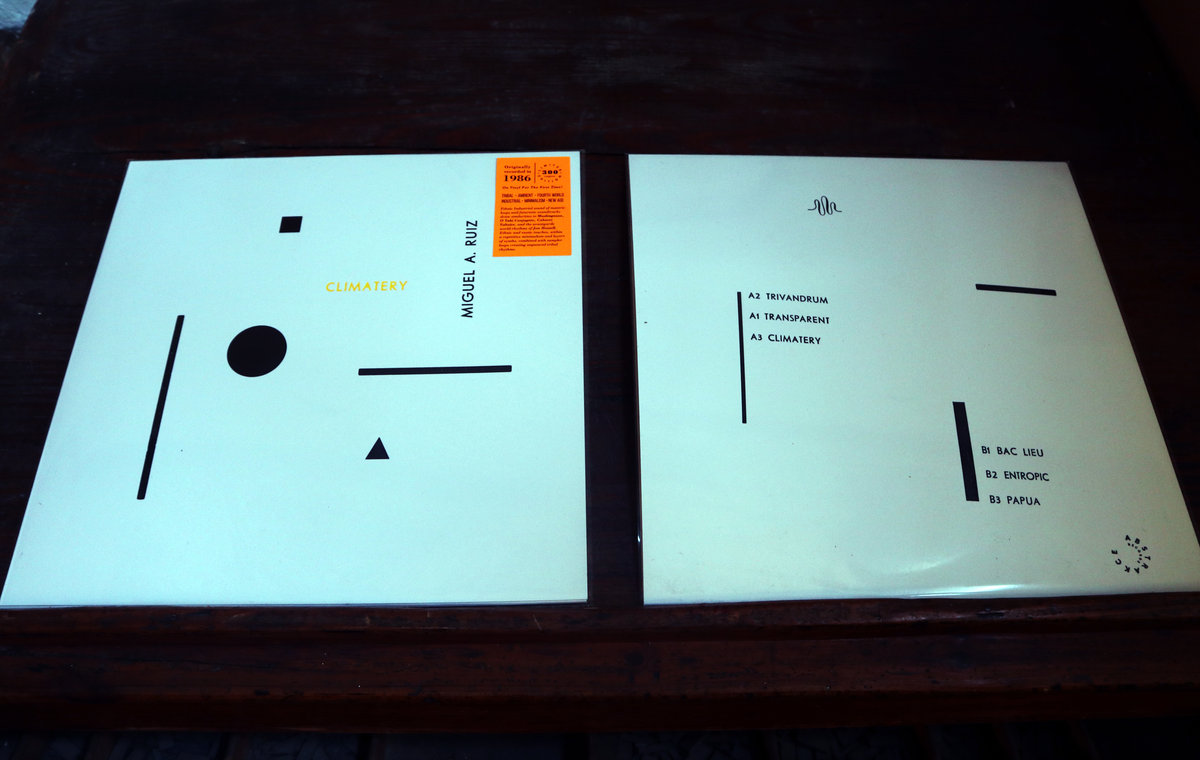 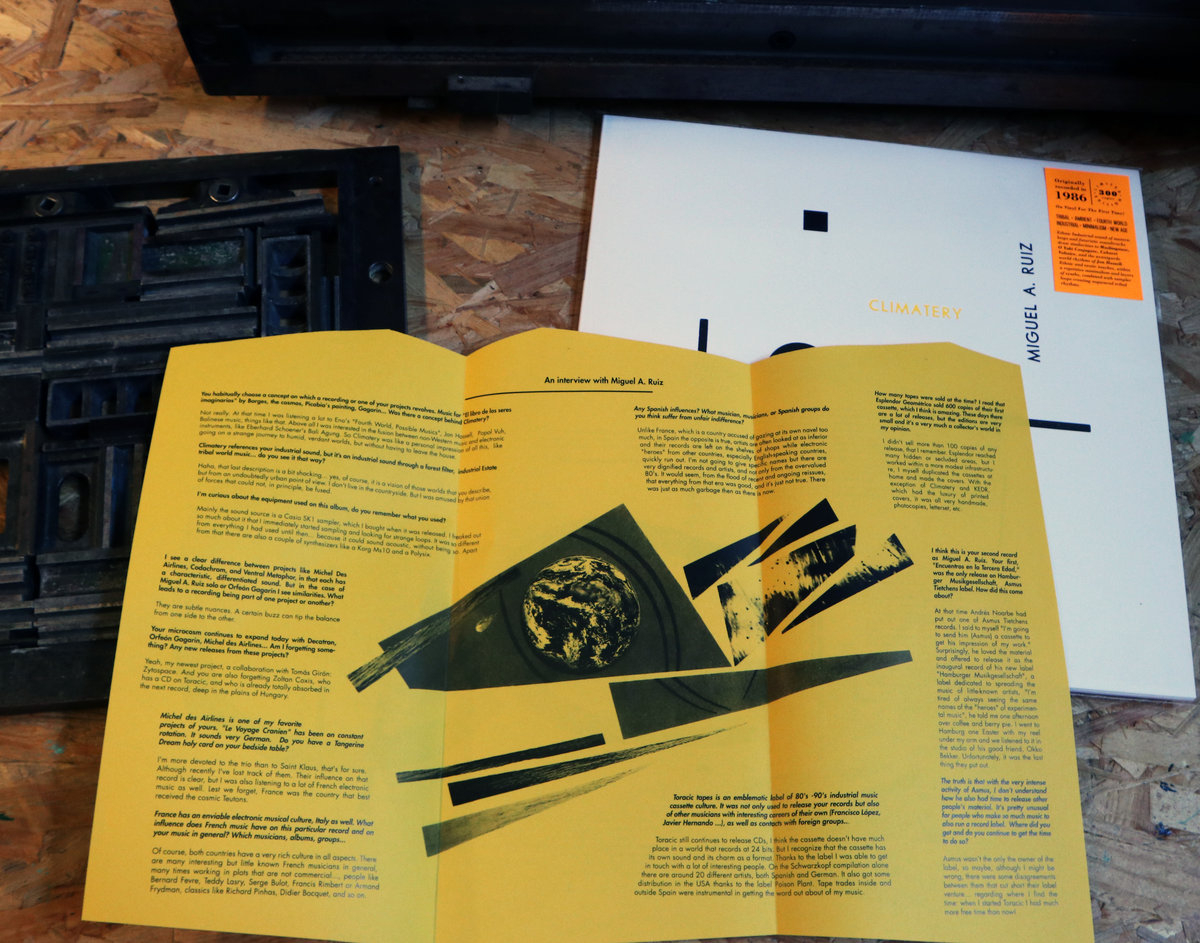 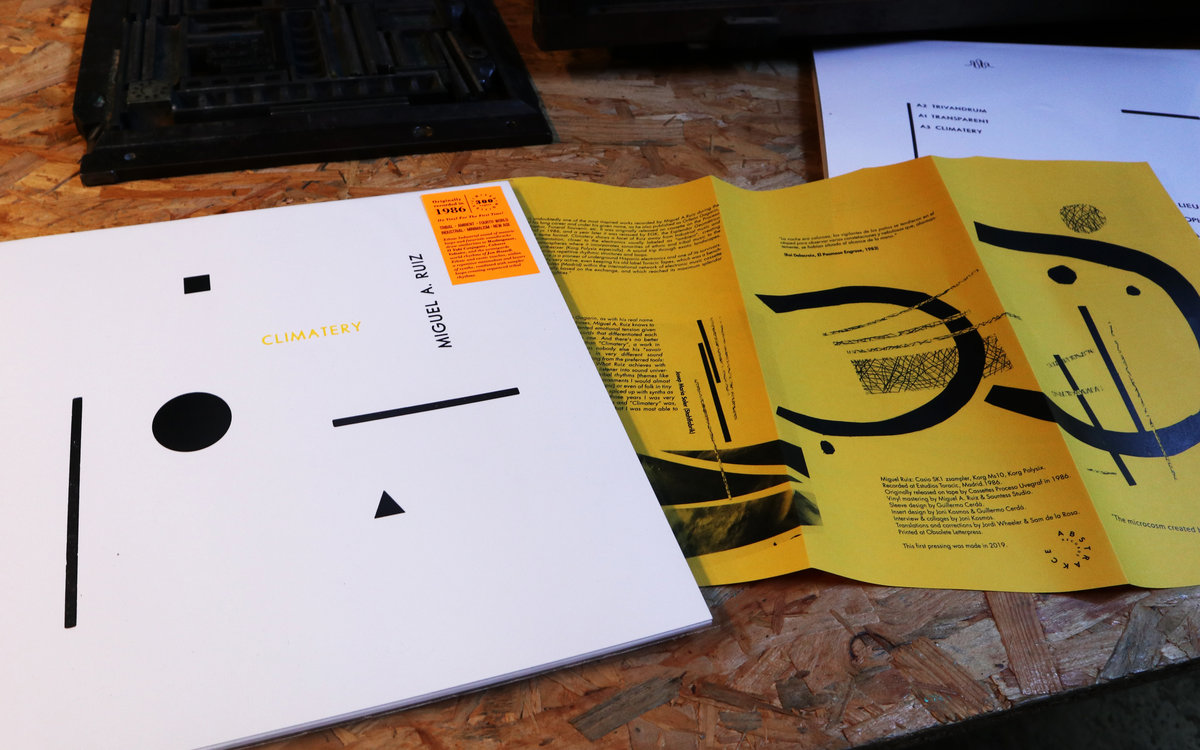 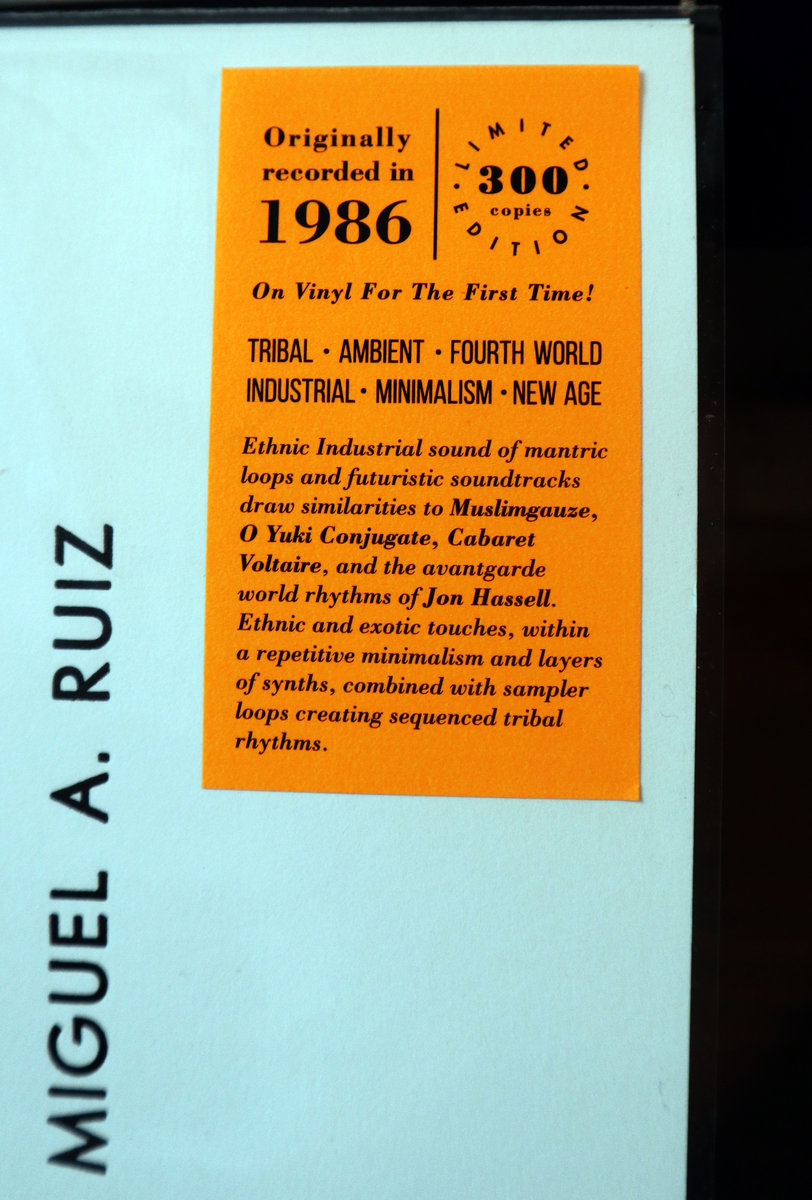