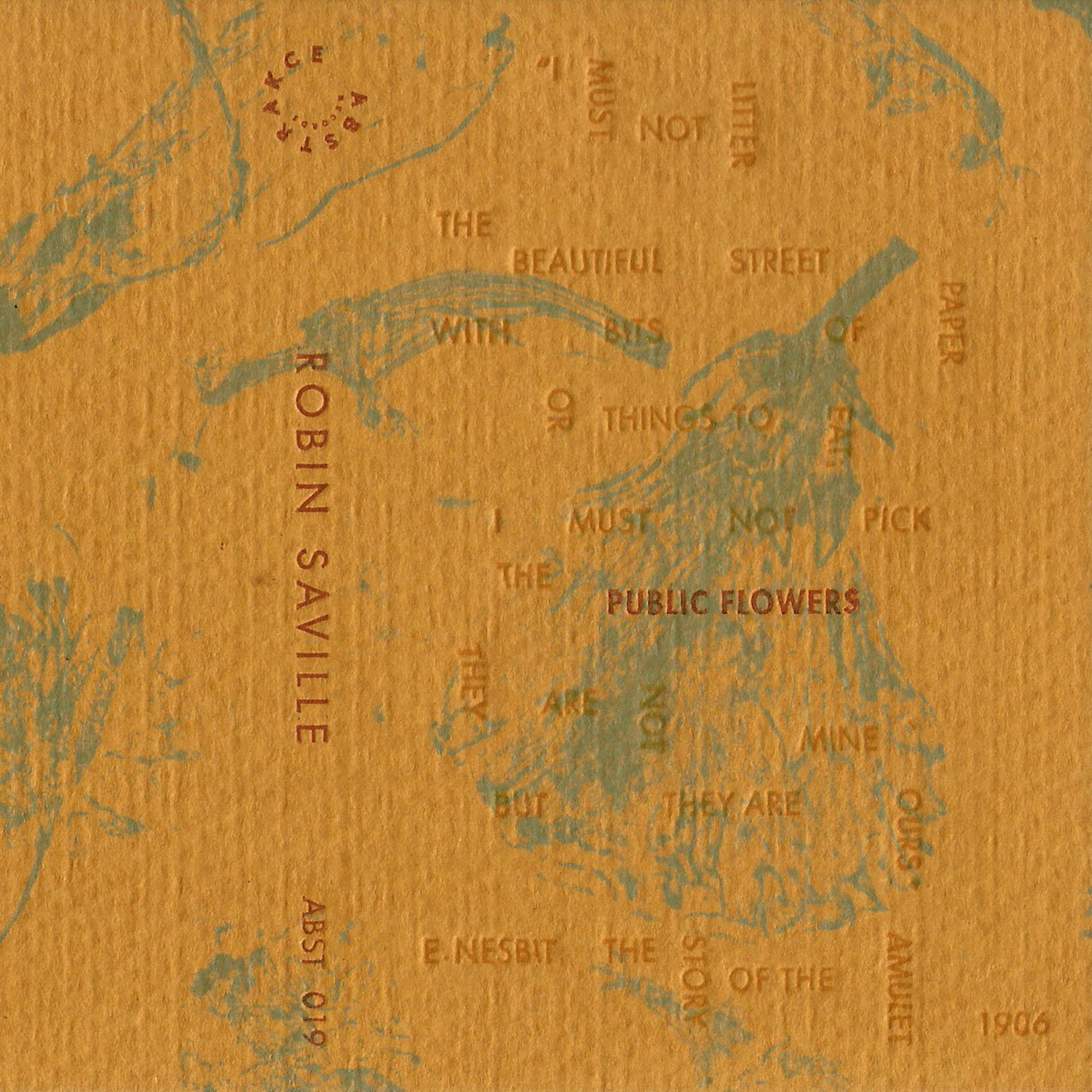 A precious mixture of ambient music, field recordings, loops, dreamy sounds, emotional arrangements and minimalistic vibes with a pop sensitivity. Repetition and constant change, echoing the organic experimentation of the likes of American minimalist composer Steve Reich, the evocative soundtracks of Piero Milesi and the experimental/ambient work of Cluster. The title of the album is a quote from Edwardian children’s book, ‘The Story Of The Amulet,’ by Edith Nesbit, makes reference to a utopian society based on equality and respect for the natural world – Saville’s music would seem to be the perfect soundtrack for this imagined world.
All tracks composed, performed, and produced by Robin Saville except Nutmeg Saba Cinnamon which contains a significant chunk of The Girl With The Orange Umbrella by Katie English and Keiron Phelan. Mastered at RedRedPaw by Antony Ryan. ‘Public Flowers’ was originally released by Second Language in 2013.