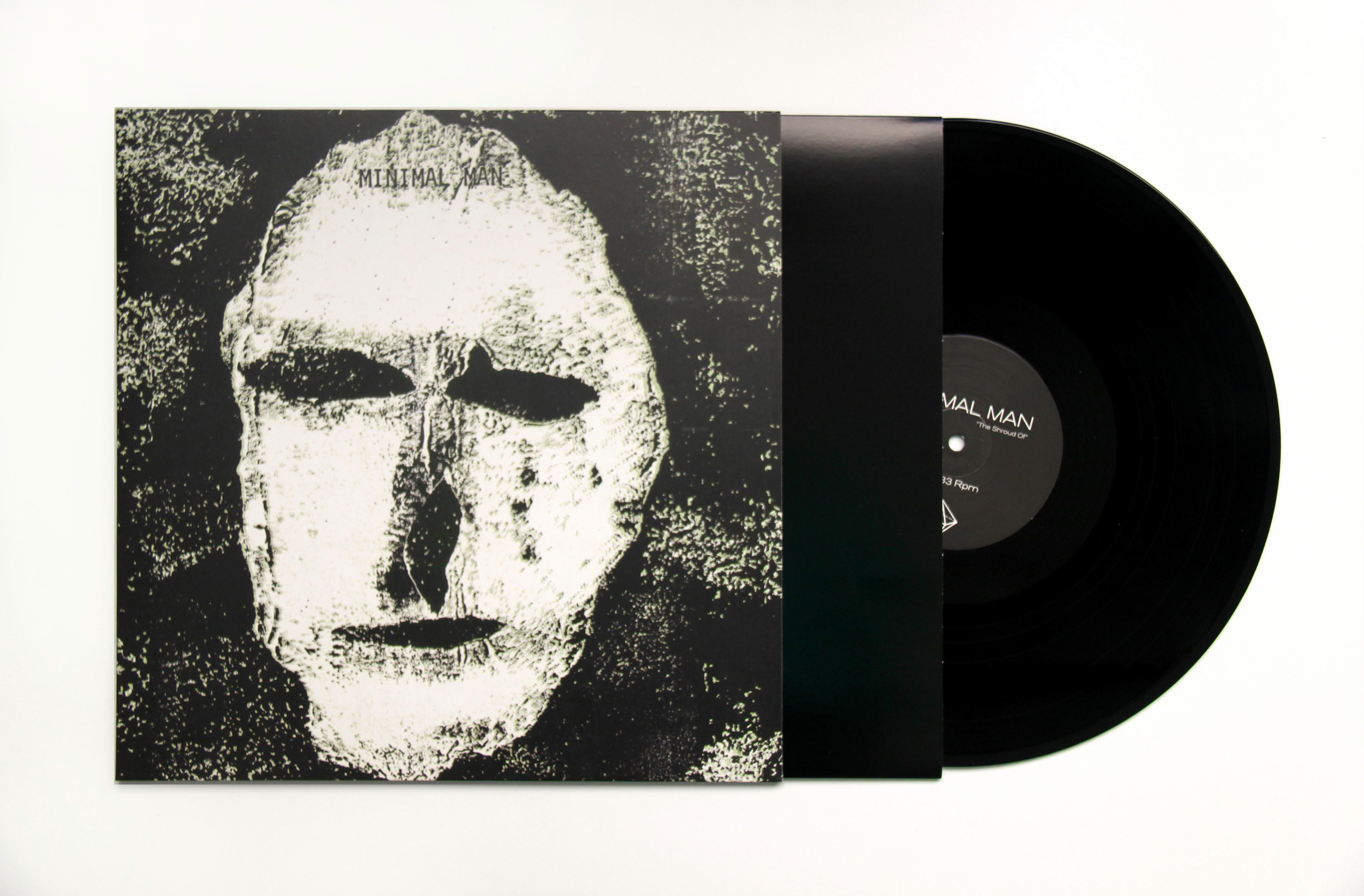 “Minimal Man was founded in 1979, in San Francisco by avant-garde painter and filmmaker Patrick Miller, and the band included a revolving cast of musicians from fellow SF art punks Tuxedomoon and future members of Factrix. Minimal Man have been historically marginalized in a fertile underground music scene that included many other influential artists (including Z’ev, Flipper and Nervous Gender), and they are no doubt unfavorably compared to stylistically similar artists such as Suicide, Chrome or even NON.
In truth, the Minimal Man sound was somewhat derivative, but Patrick Miller’s intensity and willfully anti-musical aesthetic provide a fascinating footnote to the history of post-punk and industrial music. The debut album, The Shroud Of was released on Subterranean Records in 1981… The Minimal Man sound is relentlessly dark and aggressive, with cheap synthesizers and drum machines, jagged guitar and occasional shrieks of saxophone all purposely pushed into the red, creating a dissonant blanket of treble-heavy distortion. Patrick Miller’s vocals are unmodulated and flat, his lyrics nihilistic, each line echoplexed, doubled or otherwise mutated into a synthetic oblivion. Chugging sequencers spit out fuzzy non-melodies as Miller cultivates his Kafkaesque persona, full of anxiety, angst and existential dread. With lyrics that indicate an adolescent fascination with Philip K. Dick, William S. Burroughs and J.G. Ballard, Miller creates a cinematic ambience of high-contrast black and white, like a German expressionist filmmaker let loose in a recording studio. Just listen to the hypnotic, swirling maelstrom of noise and dark, grainy atmospherics on “Blue Step.” Perhaps because of its relative obscurity, Minimal Man’s debut album has weathered the sands of time gracefully, and with legendary acts Suicide and Tuxedomoon currently attempting to destroy their legacies with mediocre reunion albums, The Shroud Of sounds positively refreshing in comparison…” Brainwashed

“B.F.E. Records, a small Spanish imprint, trades in some newer artists (Bronze, Umberto) but where they tend to soar is in finding the kind of small batch secrets from the post-punk hangover and bringing them back to life. With Minimal Man’s The Shroud Of, they dust off an undersung nugget of noise and post-punk fury. Headed by Patrick Miller, and eventually joined by members of Tuxedomoon, the band evolved into a kind of scraping, seething byproduct of the Throbbing Gristle influence, though they easily sit alongside releases from Flipper, Chrome or DNA on the shelf. The record succeeds mainly on Miller’s intense delivery, fully committing himself to the frenzy of the noise grinding below. Miller put a focus on a rotating lineup over the years and he remained the only real constant in Minimal Man’s tenure.

After the release of the debut, which he recorded as a core trio with flute/sax/bass player Andrew Baumer and drummer Liliam Hart and several others rotating out of the Tuxedomoon stable, he relocated to Europe to continue Minimal Man’s existence there. Minimal Man, the name, was actually a character that Miller chaneled his vision though, a sort of pathetic person that wouldn’t face problems head on, but rather made up excuses and delusions to get through the day. The ideal fit the angry output that Miller created, feeling a bit like an indictment of the weakness he perceived around him. He’d record four more albums after The Shroud Of and eventually return to the states to fight a battle with drug addiction before his death in 2003. The debut still stands as a beacon of weirdness and a biting worldview all these years later. Good on B.F.E. to keep the anger alive. ”

Minimal Man – The Shroud Of 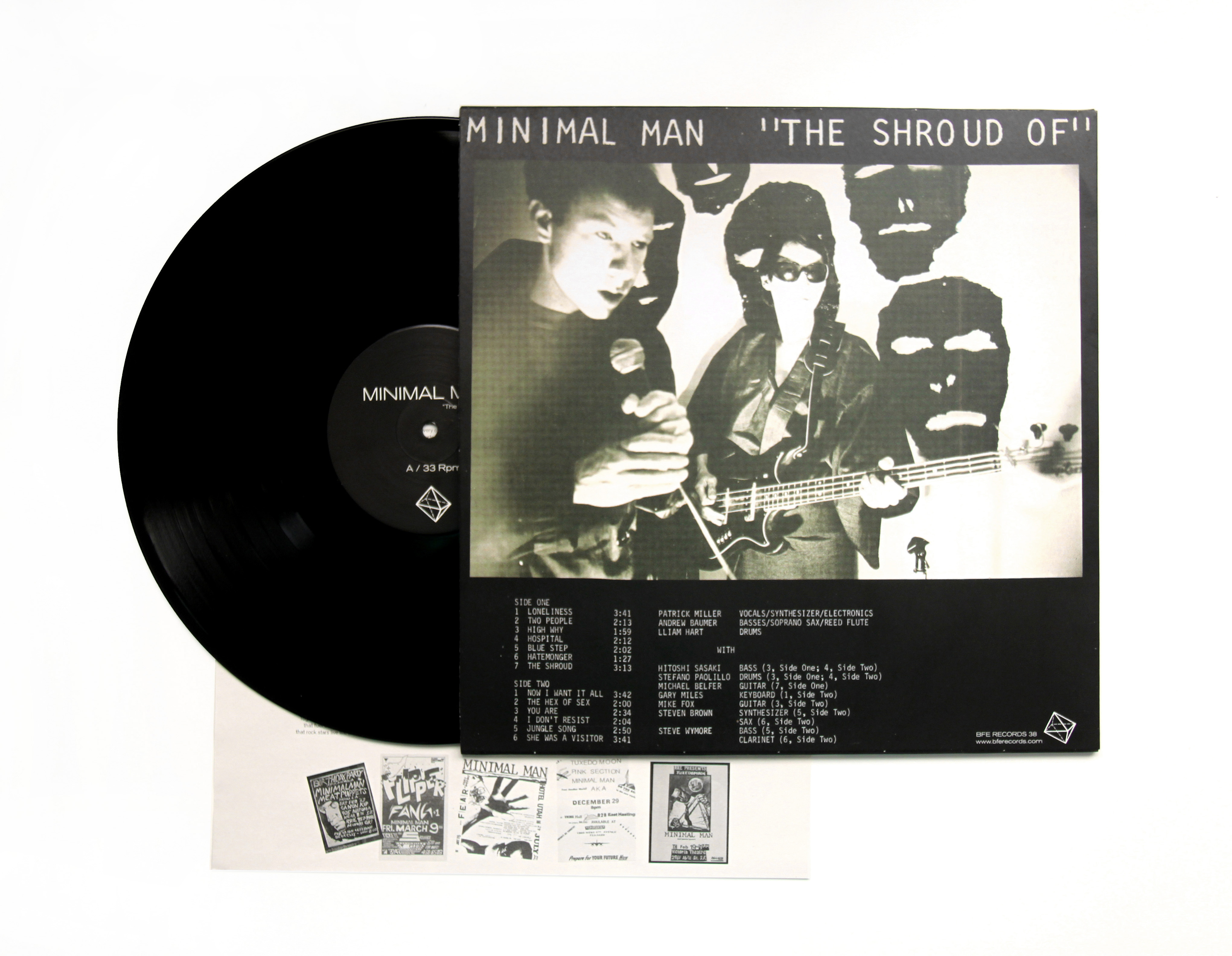 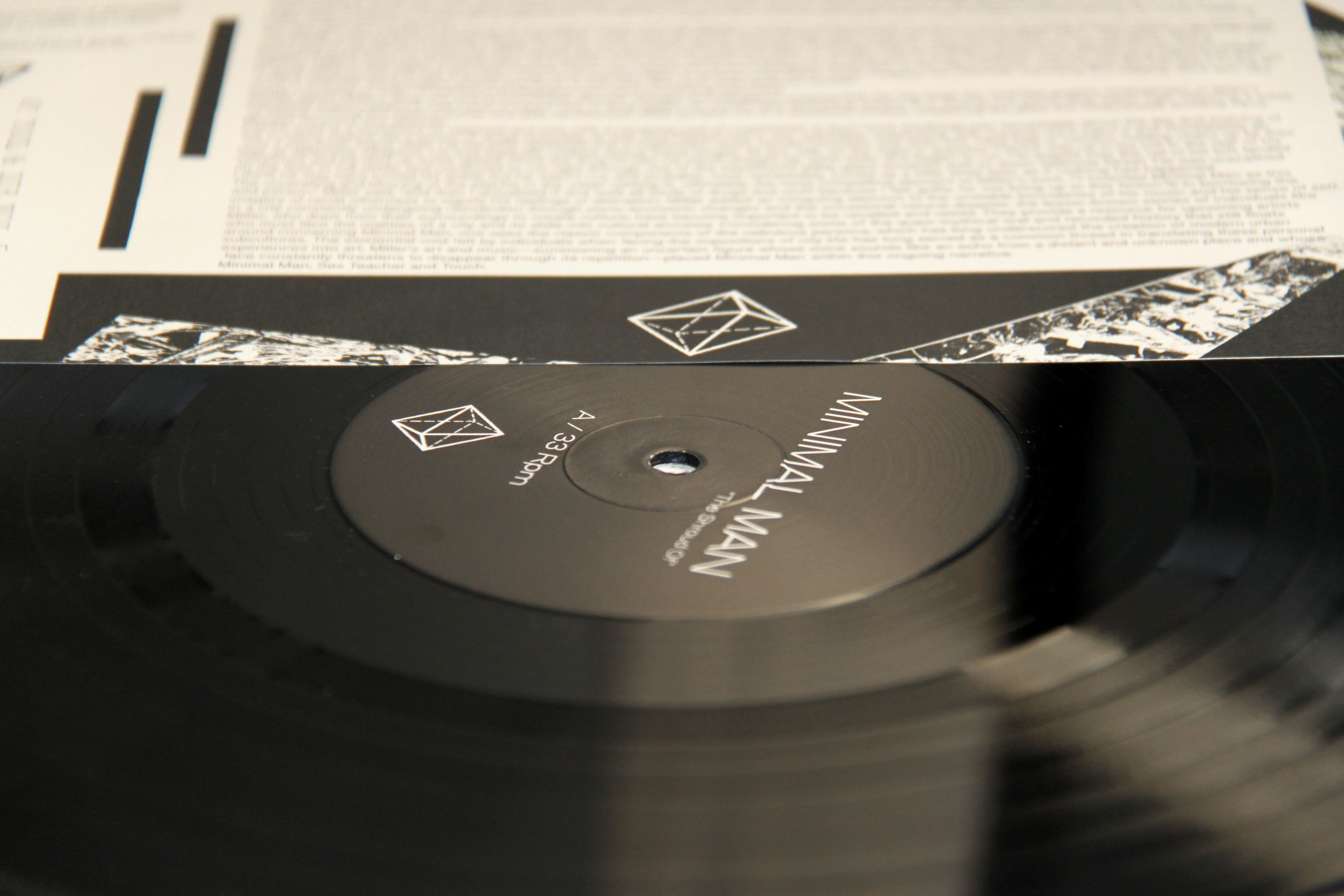